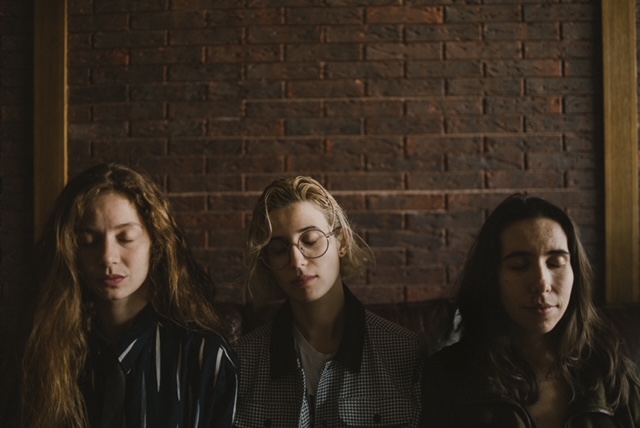 “To Have Done With the Judgment of god” is the name of Antonin Artaud’s last work. This radio play is censored on the eve of its intended broadcast, on February 8, 1948. Artaud dies a month later, leaving behind a legacy of letters that express how much he had felt betrayed and misunderstood all through his life. Seventy-four years later, the poète maudit found justice, and his unruly genius soars over those who want to make, and like him transcend, theatre.

With this performance, that consists in a radio broadcast and a sensorial experiment for the audience, we want toacknowledge Artaud: love the poet and rebel against him with the same artistic gesture: recreate “To Have Done With the Judgment of god” and at the same time, rethink our concept of genius and of masterpieces. As he wrote himself: "The masterpieces of the past are good for the past, not for us. We have the right to say what has been said and even what has not been said in a way that is ours, immediate, direct, that responds to current ways of feeling and that the whole world understands."

Catarina Rôlo Salgueiro was born in Lisbon in 1991. Finished the first year of Languages, Literature and Culture at the Faculty of Arts and Humanities of the University of Lisbon (FLUL). She has a bachelor degree in Theatre – Acting from Lisbon’s Film School (ESTC). She co-founded the artists collective, Os Possessos. As actress, Salgueiro has worked with Maria João Luís/Teatro da Terra, Maria Duarte, Ricardo Neves-Neves/Teatro do Eléctrico, Teresa Coutinho, Teatro da Cidade, UmColectivo, Teatro Tapafuros, Byfurcação, Teatro Bocage, Companhia da Esquina and Teatro de Carnide. Collaborated with the collective Building Conversation, at the Teatro Nacional D. Maria II (TNDMII). Participated in “Rapsódia Batman” (2014) with “Os Possessos”, “II – A mentira” (2015), “Marcha invencível” (2017) and “O Novo Mundo” (2018). Salgueiro was assistant to the theatre directors Ricardo Neves-Neves (in Copi’s “A Noite da Dona Luciana”, and Edward Albee’s “Encontrar o Sol”) and Tiago Rodrigues (“Sopro”). Salgueiro acted in the films “Verão Danado”, by Pedro Cabeleira, and “A Herdade”, by Tiago Guedes, and in television worked with Fernando Vendrell in “3 Mulheres” and for TV (RTP2) in the play “A Preceptora”, by Ricardo Neves-Neves.

Jenna Thiam is a french actress. Between 2010 and 2013, studied theatre in the CNSAD - Conservatoire National Supérieur d'Art Dramatique, in Paris, and has a MA in comparative literature from the University Paris 8.

The actress participated, in 2011, in a series that became well-known in France and the rest of the world called “Les Revenants”. After this experience, she worked in the cinema with a certain regularity, with directors such as Claude Lelouch, René Féret or Cédric Kahn.

In 2016, she acted in another series, an English series, called “The Collection”, that was also broadcasted in Portugal (RTP) in 2019. In 2018, she was an actress in the film “Capri Revolution”, by Mario Martone, that was selected to the Venice Film Festival, and in the film “Mes Provinciales” by Jean-Paul Civeyrac, selected for the Berlinale - Berlin International Film Festival. Thiam also collaborated with young filmmakers, such as Caroline Deruas, as protagonist in the film “L’indomptée”, in competition at the Locarno Film Festival in 2017, and with Bertrand Mandico in “Choses qu’on fait”, by director Emmanuel Mouret, selected for the Cannes Film Festival. In the theatre, Thiam acted in the famous play by Georg Buchner " A Morte de Danton" staged by François Orsoni in 2016-2017. The première took place at the MC93 Bobigny, and the Théâtre de la Bastille in Paris, followed by a tournée in the south of France and Corsica.

Presently, she is working with a young French theatre director, Pauline Bayle (her colleague at CNSAD), on an adaptation of “Ilusões Perdidas” by Honoré de Balzac. The play premièred at the Théâtre National d'Albi in January 2020, and ran for a month in the Théâtre de la Bastille in Paris, in September 2021.

Surma was born and raised in the small village of Vale do Horto, where she began, from an early age, to invent several adventures with musical projects. While in Secondary School in Leiria she won, with Backwater & The Screaming Fantasy, the ZUS! in 2014, and in 2015 began her solo project which she called Surma, that was shown all over the country, beginning to arouse the attention of the public and the press.

She frequented the Jazz course at the Hot Club, specializing in double bass and voice, and ventured into audiovisual post-production. Her debut album was postponed until the end of 2017, but "Antwerpen" soon deserved widespread acclaim, placing Surma amongst the new values of national music. Media outlets such as Expresso, Público, Blitz and Antena 3 elected it one of the best albums of the year and the Portuguese Society of Authors named "Hemma" for best song, in 2017.

In the last two years she has played over 200 times in 16 countries.

Internationally, she saw her debut album edited in several European countries and nominated for the best independent album of the year by IMPALA (European Association of Independent Publishers), achieving prominence in such prestigious media like the BBC, Musikexpress or NPR.

Since 2016, she has been a guest soloist at the Concerts for Babies and was responsible for the soundtrack of the feature film "SNU". Suma was competitor and finalist of the 2019 edition of Festival da Canção. She has also collaborated with distinguished musicians, such as: Tiago Bettencourt, Tomara, Miguel Ângelo, Gobi Bear, Captain Boy, Prana and Jerónimo.

At the end of 2019, Surma releases an EP revisiting some of the first themes of her career, and in 2020 launched her second album “The Light Within”